Recent illustration for The Miami New Times!  The work is based on an article by Michael E. Miller  about the rise in (sometimes fatal) taser use by the police department. Great article and topical, considering the recent news about excessive police force. Definitely worth a read.
Art Directed by Miche Ratto at the MNT.
The images below show the whole development from sketch to final.
Thanks for looking.

Here is a recent illustration of Pike Place Market for Visit Seattle with the excellent art direction by Joe Paul (Visit Seattle).  These map Illo's are challenging. Below  is my process from sketch to final.  I fall into the trap of trying to be accurate to the actual layout of the buildings and streets and it makes me stiffen up. I should of added more stuff to it make it filled with more activity.  At least try it and see if it works.  The informational aspect makes me more conservative.

But all things considered it's alright.

I am building a collage from various inked images I have made over the years with some fresh images thorn in.  Thanks for taking a look. 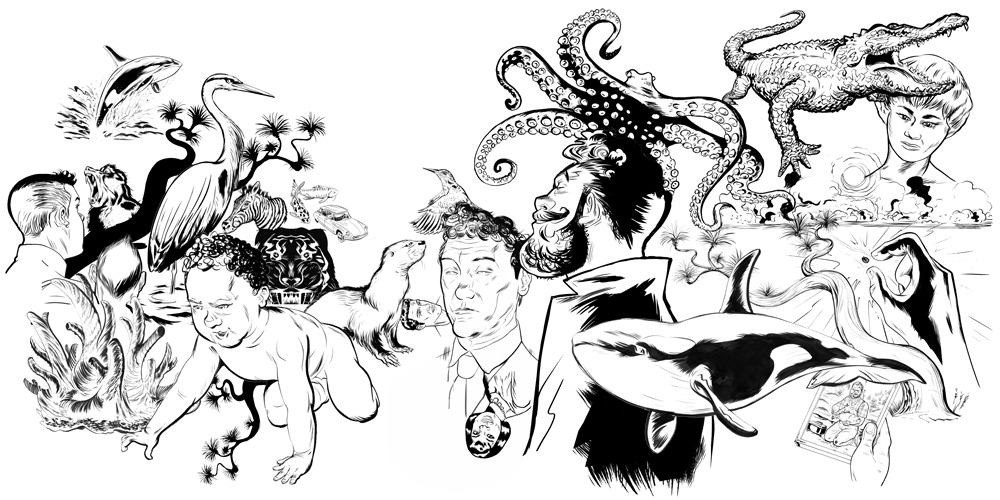 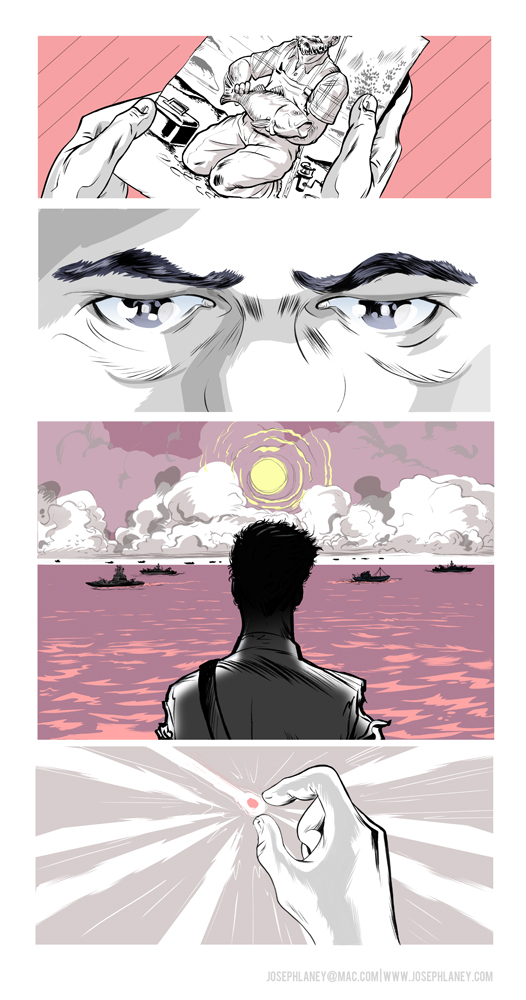 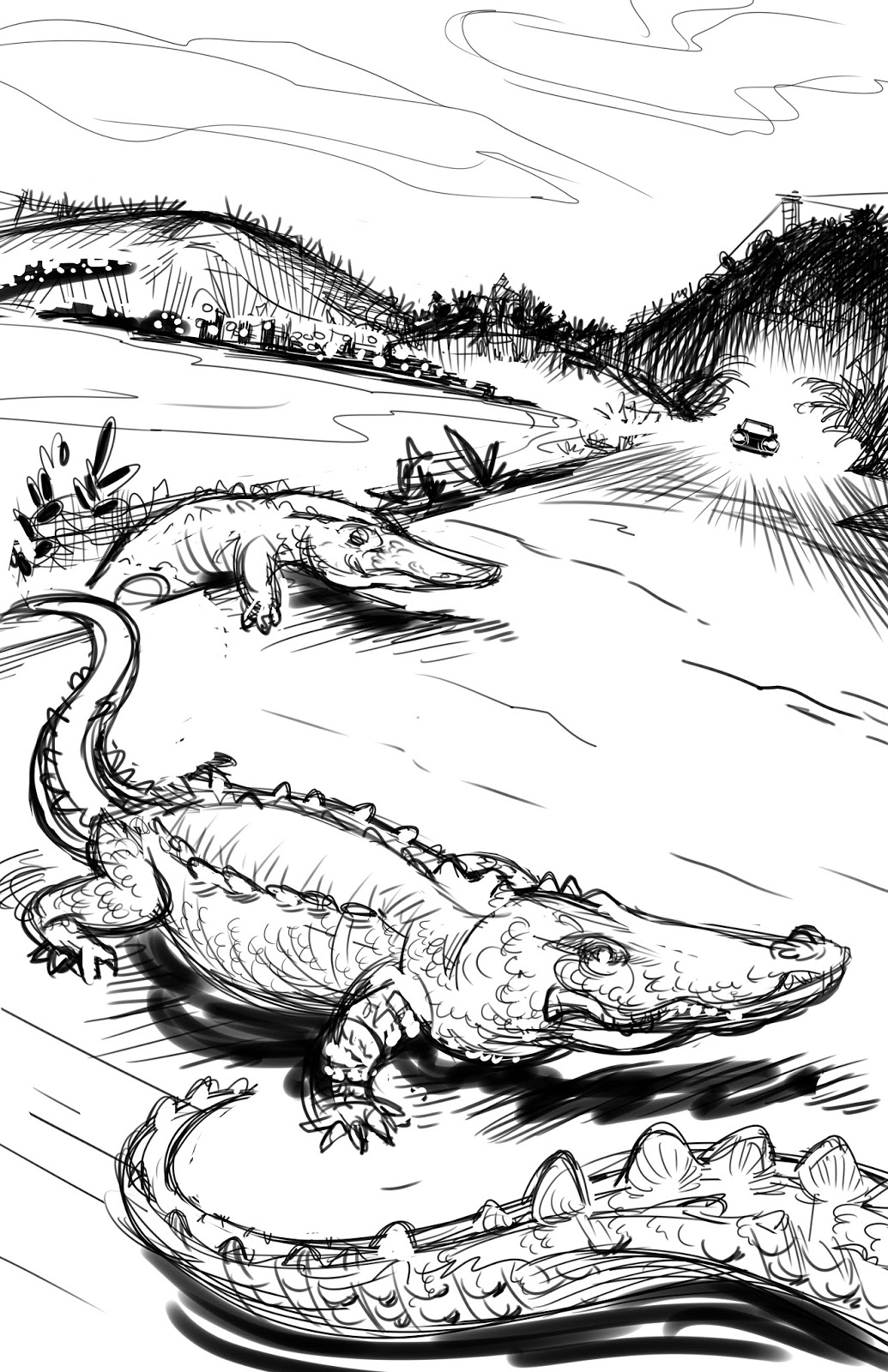 I recently did some spot Animal Illustrations for   Seattle Metropolitan Magazine (August Issue).
Thanks for taking a gander. 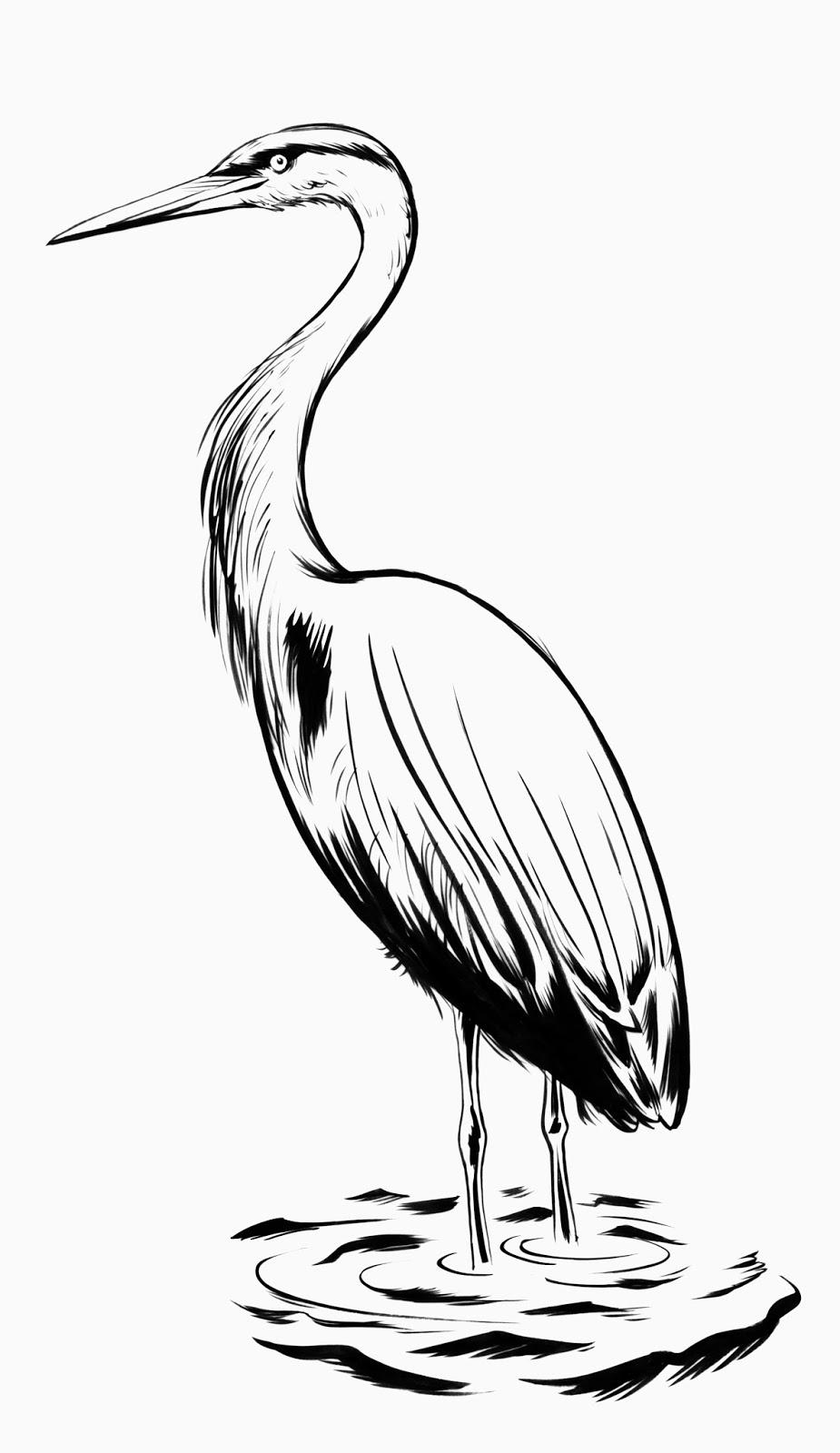 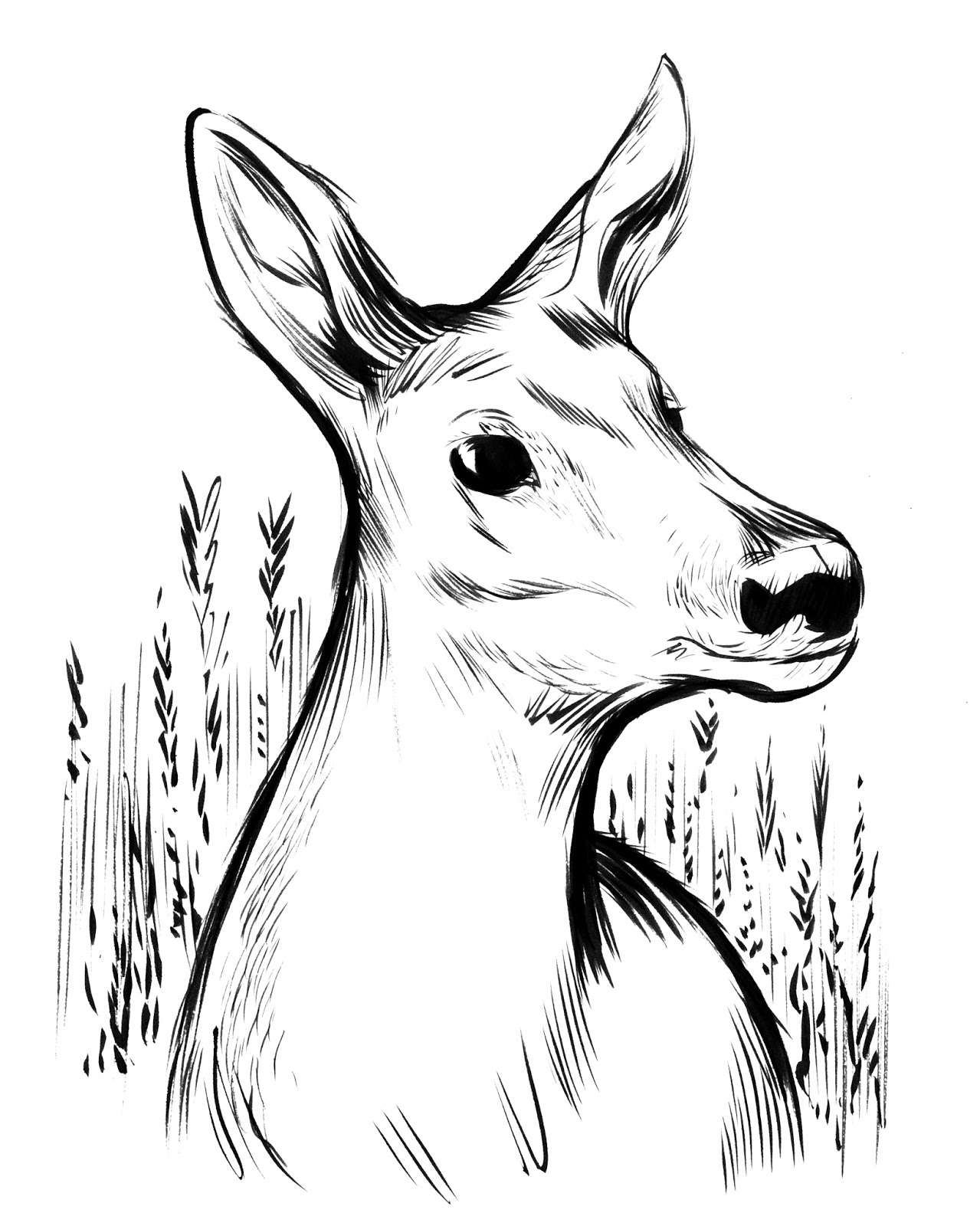 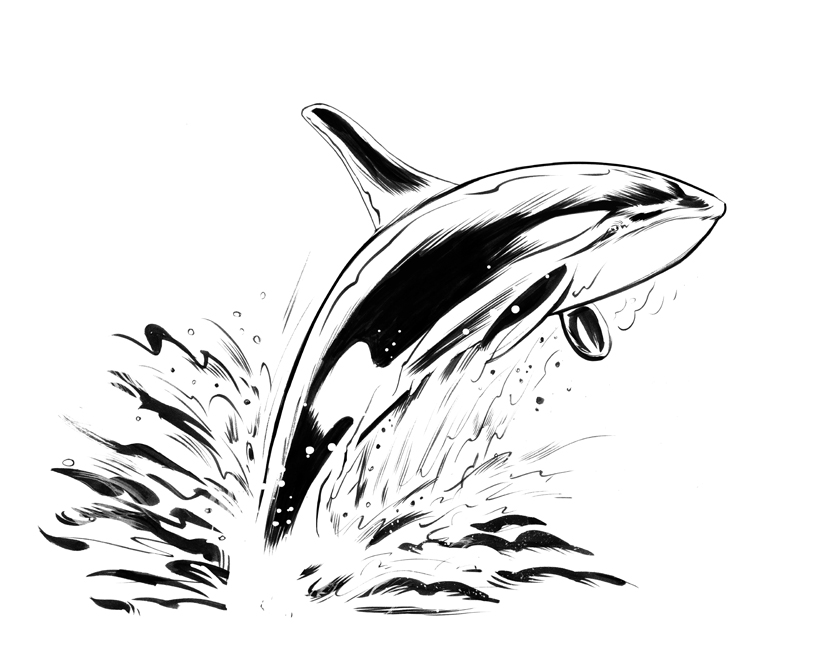 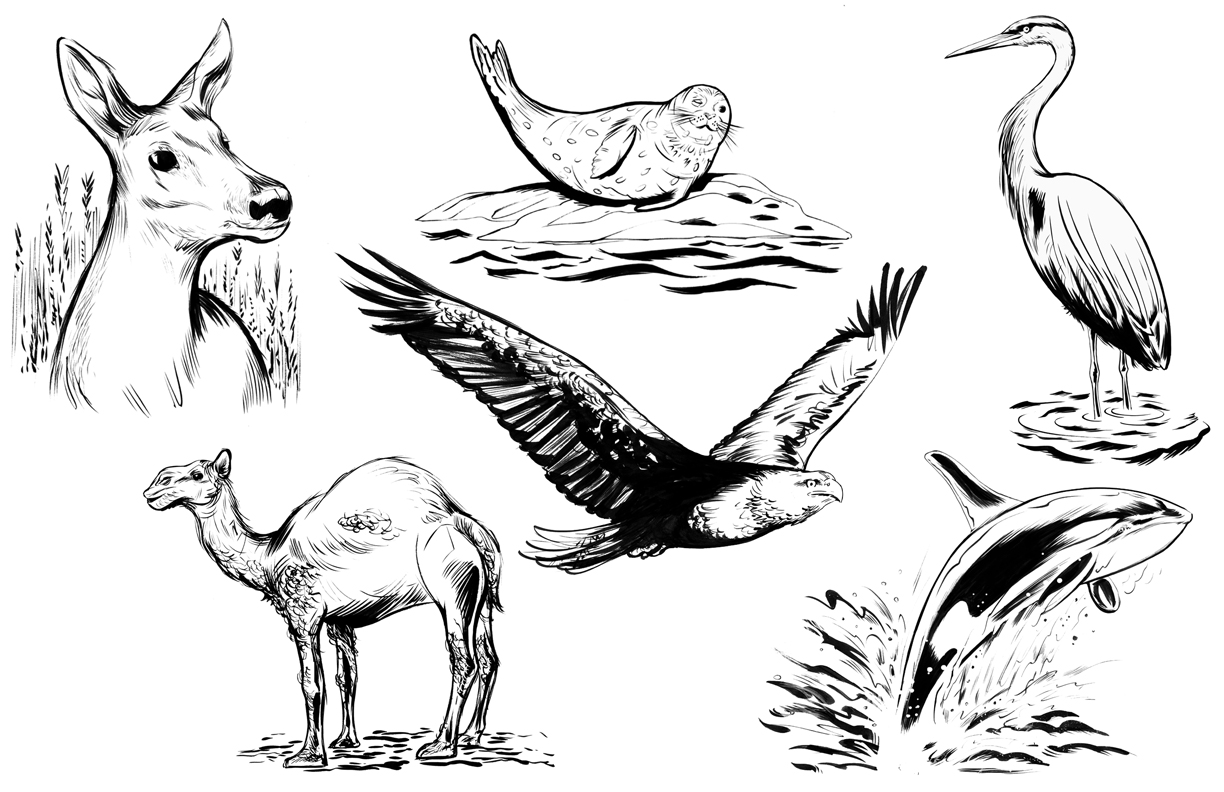 I recently had the opportunity to draw a map illustration of the San Juan Islands for Seattle Metropolitan Magazine (August Issue). It reminds me of one of those placemat maps you see in roadside diners.
It was a real learning experience.  I rarely have to make things that read super small.  So I had to simplify my normal drawing technique.  I think it worked out well. Thanks so much to the Seattle Met team for giving me such a meaty project.

Below are some roughs of how it developed. Thanks for taking a gander.

The good people at Quirk Books are using my image to promote the pre-orders of the final book in the last Policeman Book Series, "World of Trouble." If you place an order you can get a poster of my image. Pretty neat! Thanks to Ben, Eric and the rest of the Quirk Books team.

You can place your order at the link below: Spot for Hemispheres Magazine "PR for the People"

Here is some work for Hemispheres Magazine.  I did  this image way back in September but it didn't get published until January. Check out the article. 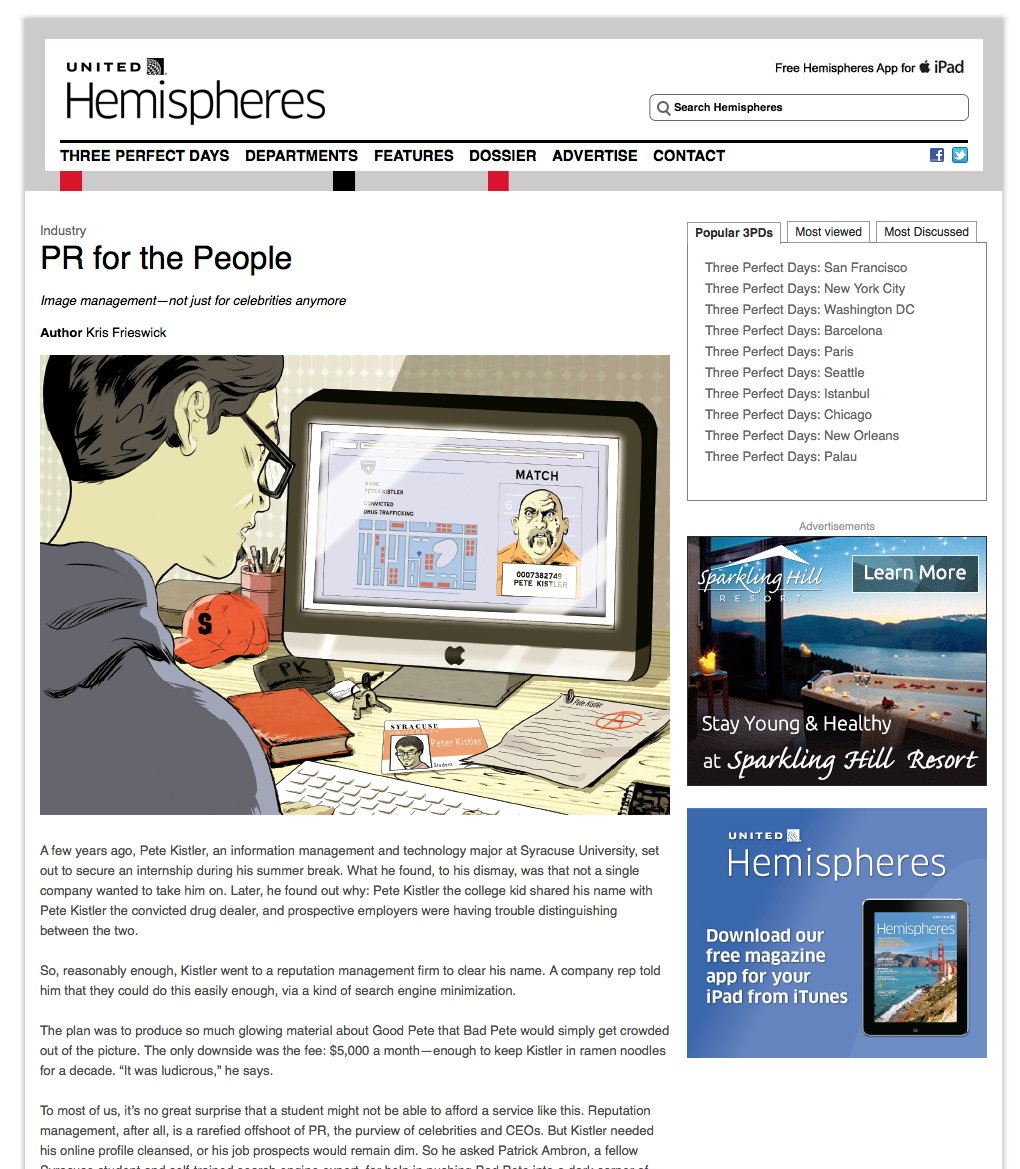 I recently did a few more spots for the Miami New Times.  More hardboiled stories in the Sunshine State.

Check out the article: