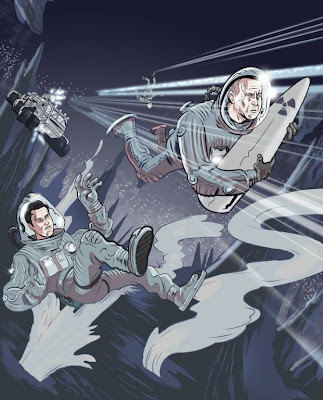 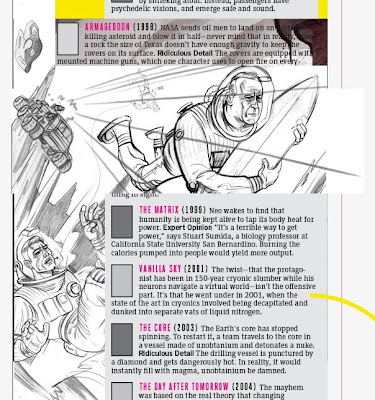 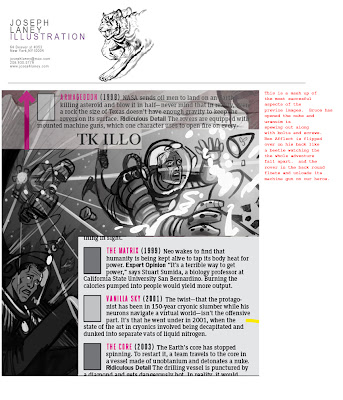 SKETCH
This was the sketch I pushed for the final. It had Bruce Willis reaching out for nuclear war head that was spewing uranuim. While the mounted machine guns on the Rover in the background unloaded it's machine gun. But pop Mechanics thought it was to far of a leap from the film. so we dialed it back to just have Bruce holding the bomb and drifting off into the expance. Maybe less drastic, but fine none the less.
Posted by J Laney at 3:24 PM